Konstutställning i The Gallery: "José Saramago: retracing the steps that were taken"

Camões, Institute for Cooperation and Language; Directorate-General of Books, Archives and Libraries

This exhibition consists of a set of panels created according to the personal and literary career of the Portuguese writer (1922 – 2010) José Saramago, Nobel Prize of Literature in 1998. It represents a ”journey” oriented towards reading and re-reading Saramago, as suggested by a passage in Journey to Portugal: ”It is necessary to retrace the steps that were taken, to repeat them and to plot new paths alongside them.”

José Saramago was born on November 16th 1922, in Azinhaga do Ribatejo, Santarém (Portugal). In 1998, he received the Nobel Prize for Literature, in recognition of a literary work translated into more than thirty languages.

He was a civil servant, writer, essayist, journalist; he became sub-director of the Portuguese newspaper “Diário de Noticias” and he contributed, through literature, to the search for meaning in the world and in things.

In 1947, he published his first book: “Terra de Pecado”, and with the novel “Levantado do Chão”, Lisbon City Award in 1980, he established himself as an author of left-wing thinking, who spoke of workers for workers. It is “Memorial do Convento” that confirms him as one of the great authors of the Portuguese language. The more than forty titles he wrote inspired plays and films such as “Essay on Blindness” by Brazilian Fernando Meireles. He spent the last years of his life with his wife Pilar del Rio on the island of Lanzarote in the Canary Islands. With his literary work, he invented reality, in a mixture of fiction and facts, telling stories within History. 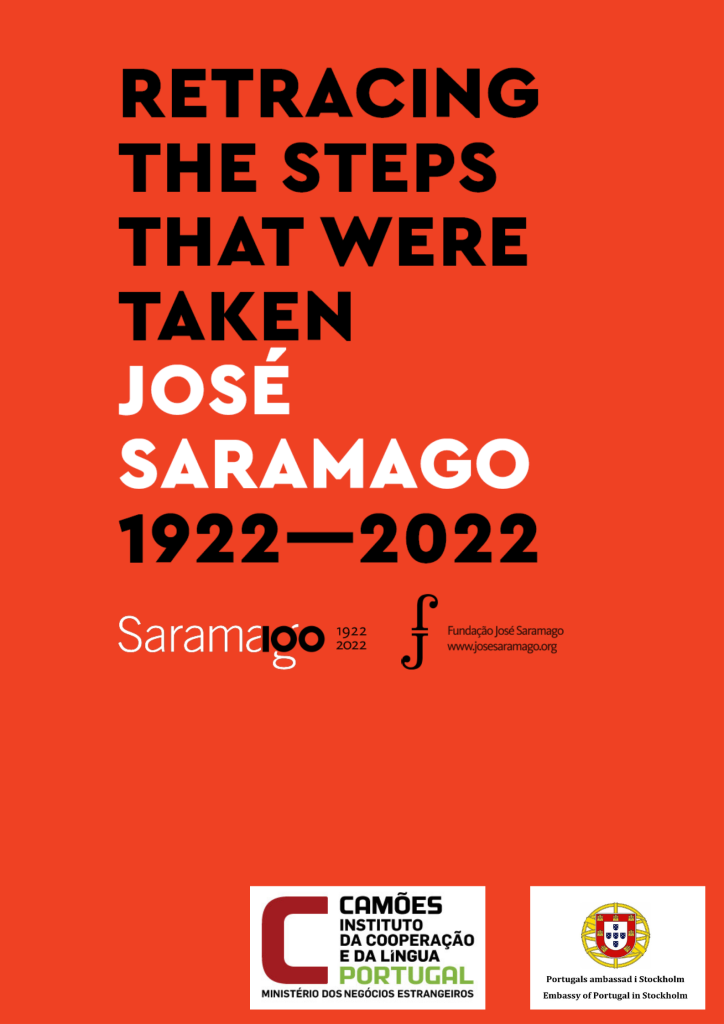